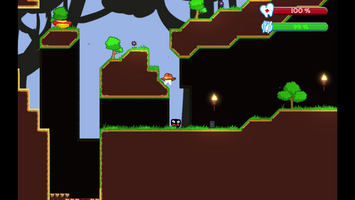 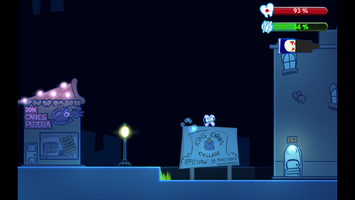 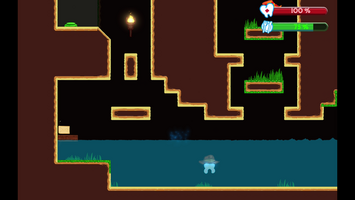 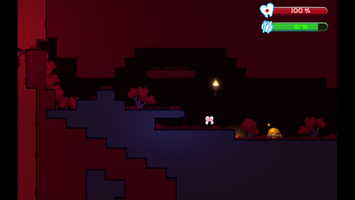 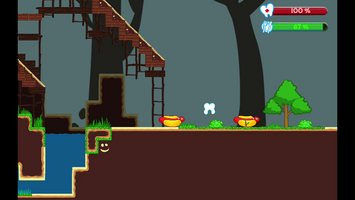 Wow, how time flies when you are working hard on making a game and finally arriving to that first release.

I hope people will enjoy playing the game with the same joy, passion and experience that I have had play testing, developing and learning by making this game. A full focused manic endeavor that began this summer.

Making all the stuff, orchestral score, art, programming, by yourself takes time, but all things considered, this was a relatively short development time frame thanks to Godot Engine( wonderful engine).

The first ideas for this game began almost two years ago, when a team of four, Daniel Yousefi, Sofie Rodin, Karina Nielsen and myself were making a one week advertisement campaign assignment at my game design school for a dental service in Sweden. I made a first crude game prototype in Unity(the graphics for the tooth in this game were made at that time). We brainstormed ideas and we came up with a King Caries and Super Tooth. It is amazing that a small week of brainstorming and idea session finally led to a complete game in the end. Thank you guys, without you, this wouldn't have been made in the first place! :)

The game has been a recreating of a lot of those old game experiences I had as a kid, playing Mario, Megaman on the NES and Ghouls and Ghosts on the Mega Drive plus many "shitty"(To phrase that angry video game nerd) obscure titles. Games that had a sense of mystery and frustration to them , but were an adventure in and of themselves in how to learn how to master them.

I want to thank all my family and friends who have been helping me by giving me encouraging support throughout this time. Your feedback is and has been invaluable. I also want to thank that someone, who is really special to me, who gave me the idea of Pimp Your Tooth, super great idea, (I <3 you).

So with that said, a special thanks to everyone out there reading this and to itch.io for giving us this wonderful platform.

Get Adventure in King Caries Land

Save the Tooth Fairy From King Caries